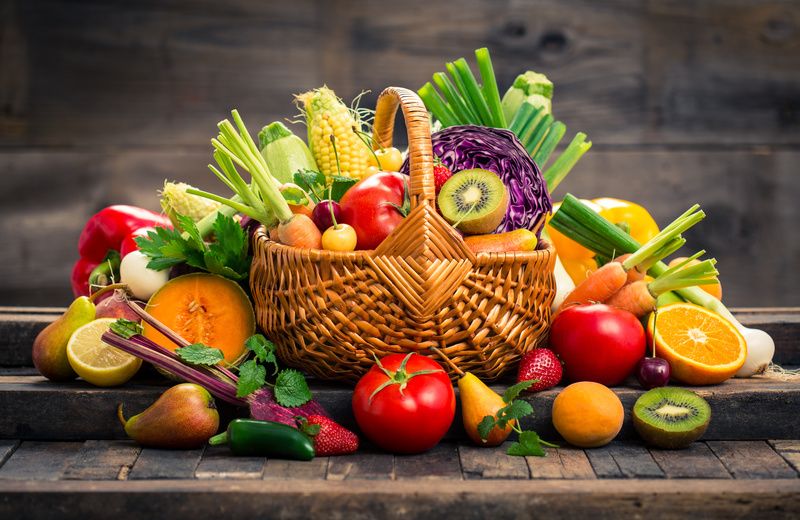 Customers want fresh produce now more than ever. Fresh fruits and vegetables taste great and are healthy. Food establishments, including restaurants, grocery stores, fast food chains, and others, are stepping up to meet this demand. As the demand for produce goes up, so does the risk of spreading foodborne pathogens. Whether eaten fresh or cooked, produce still carries a risk of spreading diseases.

This post will help you learn the basics about produce safety and how to prevent foodborne illness.

Walking into a farmer’s market is exciting. An array of colors greets customers as they wander through the street, gazing at all the options. Fresh apples, cherries, lettuce, carrots, and many other fruits and vegetables are on display. After buying a fresh slice of watermelon, a customer would bite into it immediately.

Would they be safe?

It would depend on how the food has been handled. Most foodborne pathogens are more common with animal products like eggs, chicken, beef, etc. However, some of these pathogens can make their way onto produce either in the field or once it has been picked.

Campylobacter, Salmonella, Listeria monocytogenes, and E. coli are all dangerous pathogens. They are not found naturally on fresh produce, so how do they get there? These bacteria can be spread through untreated water used to irrigate a farm, or contaminated water in a tank used to wash produce after it is picked. Produce can also become contaminated when people touch it with unclean hands, or if something else contaminates it, like raw animal products.

Why does produce need to be washed?

Produce is commonly eaten fresh and raw. Pathogens are usually only on the surface of the produce, so if it is washed properly, it will be safe to eat. But if produce isn’t washed properly or becomes contaminated after washing, it can become infected with pathogens.

For example, cantaloupe is usually cut into slices or pieces before being served. Cantaloupe has a thick rind, which keeps the inside of the fruit safe from bacteria. If the fruit had a pathogen, like Listeria on it, it would be on this rind. If a food worker washed it properly, the pathogen would be washed off and the fruit would be safe. But if it wasn’t washed, the Listeria can travel inside of the fruit when the food worker cuts into the cantaloupe. The knife acts as a ‘vehicle’ and carries the pathogen from the outside of the fruit to the inside. Now, the cantaloupe slices or pieces would be contaminated. If they were left out for long enough, Listeria could reproduce and make the customer sick.

It is very important to wash fruits and vegetables. This is the most basic step to keeping them clean.

What is the FSMA?

The FDA Food Safety Modernization Act, or FSMA, has been passed as a food safety reform. It is starting to really take effect and it has some rules for keeping produce safe. They are:

There are also rules that farmers must follow when handling produce as well. These are:

None of these rules should be surprising, especially for food workers. These rules are not specific to produce, but FSMA is pointing special attention to produce. Many workers don’t treat produce as carefully as they would raw chicken, or other foods that are commonly associated with pathogens.

Are there outbreaks involving produce?

There has been an increase in outbreaks involving produce in the past few years. The Center for Science in the Public Interest (CSPI), a non-profit organization, studied outbreaks between 2004 and 2013. They found that fresh produce, such as cilantro, cucumbers, cantaloupes, and peppers, caused 629 outbreaks and almost 20,000 illnesses.  Recently, there was a Salmonella outbreak related to Anaheim peppers. These outbreaks are becoming more common. As food establishments use more fresh produce, there is a higher chance of it coming into contact with something that could contaminate it.

How can I keep produce safe?

Just because produce is fresh and eaten raw does not mean it can’t be kept clean. Washing fruits and vegetables with cold water is an essential step to keeping customers safe. Treat produce like you would any other food. Wash your hands if you’ve touched anything that could contaminate it. Clean and sanitize surfaces before preparing produce. If you do this, you can keep your customers safe and happy.

For more tips on food safety, check out our resources page.