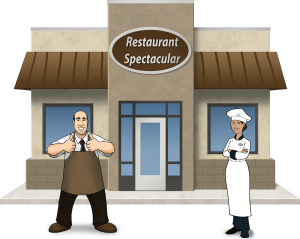 Foodborne outbreaks are terrible calamities that can kill or seriously injure many people. Outbreaks can happen anywhere at any time—and California is no exception. In fact, since California has such a good climate for crops and such a hub for food production, it has been involved in a few devastating outbreaks where many people have died. Luckily, food safety guidelines now help to prevent these outbreaks and their consequences. However, we have had to learn from our mistakes. Here are just a few outbreaks that have affected California and consequently changed the way of thinking about food safety.

Although this outbreak happened almost a century ago, it was one of the deadliest outbreaks at the time. It originated from canned olives, produced in California. In the end, nineteen people died from botulism in Ohio, Montana, and Michigan. The outbreak was particularly interesting in Ohio because all of the people who died sat at the same table during a catered event. It turned out that the hostess of the event treated this table to ripe olives, which were contaminated with the botulinum toxin.

Since Clostridium botulinum is naturally present in soil, it isn’t surprising that it can very easily be found in fruits and vegetables. This organism only grows in the absence of oxygen, which means that it grows very well in cans. Unfortunately, at that point in history, there was little to no treatment to destroy bacteria in canned products. Most likely, many cans were contaminated with Clostridium botulinum, so it is lucky that only nineteen people died during this outbreak.

With almost twenty people dead, the California State Board of Health responded by passing an emergency regulation the next year. This required all olive production plants to sanitize throughout the facility and to treat the cans with a heating process. Even with these measures, there were still some scattered cases of botulism from canned olives. California then passed the Cannery Inspection Act of 1925 to enforce these rules. With canneries following strict rules, we rarely see botulism from commercial products anymore.

This outbreak occurred in a Mexican style soft cheese, queso blanco, produced by Jalisco in California. It affected over a hundred people and killed fifty-two people, including nineteen stillbirths and ten infant deaths. All of the people affected lived in southern California. At the time of this outbreak, it was the deadliest one on record.

How does an outbreak of this scale happen? Unfortunately, it seems that Jalisco had an unlicensed technician doing the pasteurization step during production. This step is vital to killing deadly bacteria, including Listeria monocytogenes. Though not known for sure, most likely what happened is the pasteurized milk was somehow contaminated with non-pasteurized milk.

At the time of this outbreak, food safety was just starting to get major recognition. In fact, the owner of Jalisco at the time said “You know, Listeria, that was a new word for me, as I think it was for most people in California.” Though devastating, there were many good reforms that came out of this outbreak. The federal regulations for fresh cheese were strengthened and people started paying more attention to food safety with dairy products.

Arguably the most infamous food outbreak in history, this E. coli outbreak affected over seven hundred people across the United States. Almost two hundred of these were permanently affected, including kidney and brain damage. Who could forget the story of the four sweet children who ended up dying from the illness? This outbreak hit very close to home, since one of the children that died was from southern California.

In total, the outbreak involved seventy-three Jack-in-the-Box restaurant chains, with some of them in California. There’s no doubt that this outbreak changed attitudes towards foodborne illnesses. Before this outbreak, beef production plants weren’t very worried about bacteria in the meat. Bacteria was considered more of a shelf-life problem than a contamination problem. After this outbreak, microbiological testing was a much bigger deal. Many plants and restaurants then required random sampling testing of their products to ensure they were safe before people would consume them. Many companies considered food safety an economic advantage before, but now they realized it was a necessity.

This outbreak truly shook the nation. It changed the way of thinking about pathogens and outbreaks. Bill Marler, a highly-respected food safety lawyer, gave a keynote address in 2012 at the Beef Industry Safety Summit and explained that E. coli is now controlled very well. In fact, we don’t see many outbreaks from E. coli in ground meat anymore. He said, “You can chalk that up to the industry taking charge and Michael Taylor’s decision to make E. coli in ground beef an adulterant – to establish a culture where E. coli is simply illegal.”

Food safety has changed from a minor concern to one of the biggest concerns in the food industry over the past century. Now, we know that food safety is absolutely essential. Thankfully, as these reforms have occurred in the industry, the number of people affected by foodborne outbreaks has been reduced. However, outbreaks can still happen at any time. Check out this training tip to get advice on how to handle a foodborne illness outbreak if one were to happen.

California’s food industry history has been shaped and molded by these prominent outbreaks, as well as smaller ones. We will continue to learn more about foodborne pathogens so that one day, outbreaks will become a thing of the past. In the fight against outbreaks, don’t forget that we offer food handler and food manager training for the state of California!